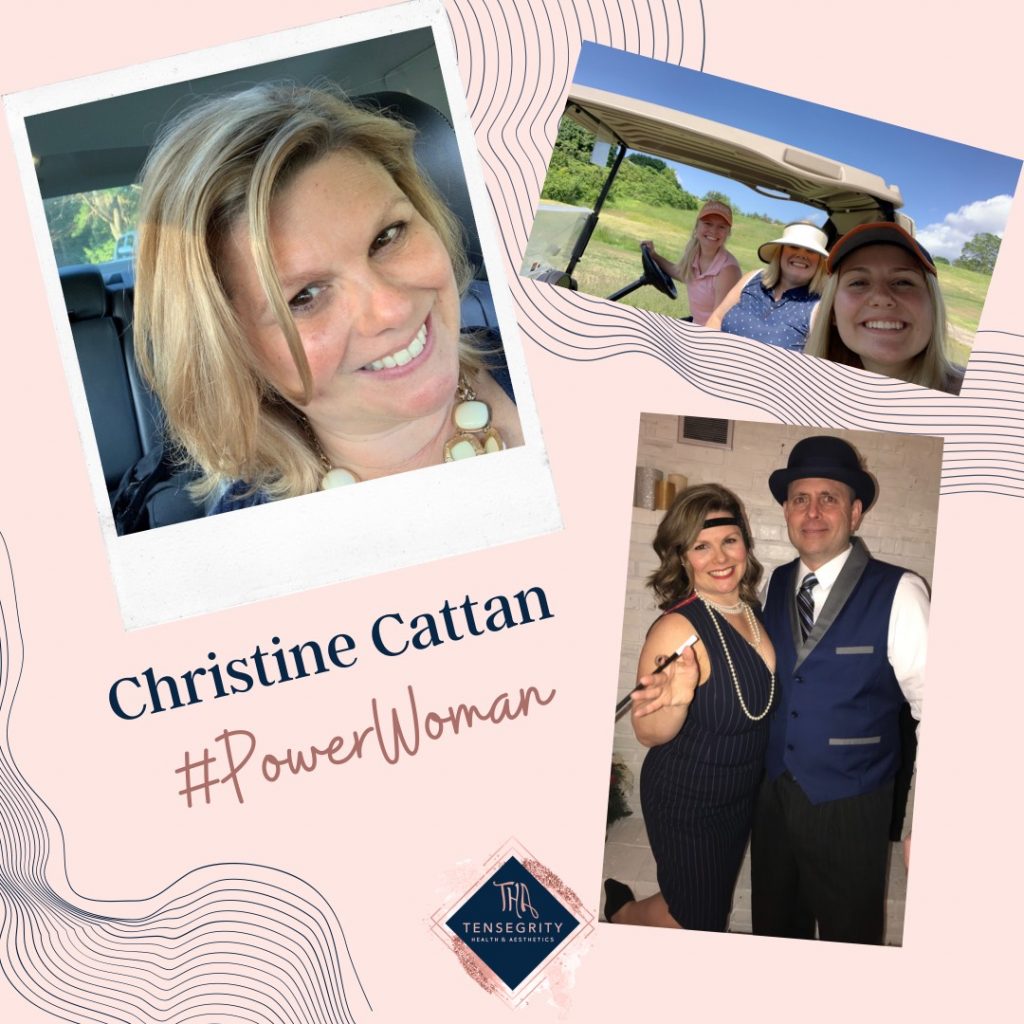 When I was first approached with this honor, I was at first speechless, then probably muttered, “Who? Me?” I remember pondering if I was worthy of an honor like this. I incredulously mentioned it to my older daughter and without missing a beat she looked me dead in the eye and said, “Why not?” I am not a successful athlete, a Supreme Court Justice or a CEO of a fortune 500 company; I have been a successful pharmacist in this area for over 20 years. How could I possibly be the visual and theoretical representation of power in women?

I grew up in the 70’s and 80’s when mixed messages abound, female empowerment was shown in exploitive ads, like the Virginia Slims cigarettes ad, “You have come a long way baby,” so women had equal opportunity for lung cancer. Or my personal favorite, an Enjoli perfume advertisement, “I can bring home the bacon, fry it in a pan and never let you forget you’re a man, ’cause I’m a woman.

” Women were now empowered to work, to
make the money to buy food, cook it (because it is not going to cook itself) and still please the husbands. Although these antiquated sayings did not make the biggest impact on me; I was blessed to have strong female family role models. My grandmother’s favorite saying was, “Where there is a will, there is a way.

” She raised eight children primarily herself by sheer force of her will and made sure each of her children was a strong contributing member of society. My mother worked as an advocate for special needs children, she worked tirelessly in the Massachusetts school system. Her efforts for parents helped make sure all children, even those with special needs receive the chance of a quality education. This was in the 80’s, where they were just starting to come around that perhaps some children may learn differently.

One of my aunts was a founding member of a trailblazing computer company in the 80’s, she was a badass in a largely male dominated field. She steered the company into a public entity, she hired and fired men twice her age. When I entered Northeastern University to study pharmacy, this was then still a male dominated field. It was idely known that female pharmacists were less desirable because there was always the potential of needing maternity leave. Imagine! Equal pay for equal work was a great tagline in the mid 90’s but not a reality.

I was lucky enough to go to school with my future husband and when a large chain of pharmacies tried to offer me lower pay for the same position, I was able to demand and negotiate for equal pay. As a pharmacist I specialize in geriatrics as a Long-Term Consultant, most recently for Bangor Drug LTC. I am tasked with caring for the elderly throughout the state of Maine.

When the pandemic began, I knew we were caring for the most vulnerable of the population, communal living with mostly dementia patients. Their safety was my mission. No one gave any of us a playbook for the COVID 19 pandemic and our facilities were some of the first to close to public access. We were on the forefront of instituting very high standards of safety to protect ourselves to ensure we could continue to deliver vital medications.

When some of our staff felt they could not work, my two daughters; future power women, while still attending school, strode in without hesitation. Their contribution meant all the difference. I knew the race for a COVID-19 vaccine was under development, and I watched all the studies like a hawk. I thought vaccine hesitancy was going to be my greatest battle, especially with Long Term Care facility employees, given so much government mistrust. I knew we were facing an uphill battle.

I gathered all snippets of information from any source. We decided as a company no matter what, we were going to be part of the solution. We made the huge investment to purchase an ultracold freezer prioritizing health and wellness over the misconceptions floating through the media.

Bangor Drug felt ready. What I did not expect was an exclusivity by the government to two large chain stores Walgreen and CVS to be the only vaccine providers of vaccine for LTC facilities. They are retail institutions; however, we knew this was short sighted. As an independent pharmacy we could either take the “wait and see” approach or we could make noise.

The government was not in the pharmacy business and needed help to realize there is a better way, access should not be limited. Anyone who knows me cannot be surprised I made noise, lots. I called multiple politicians, pharmacy advocacy groups, professional organizations, anyone who would answer my call or email. Susan Collins’s office was extremely receptive and helped point us in the correct direction. I know other pharmacies were probably doing the same, but when I spoke to the politicians, they expressed that it was the first they were hearing of this situation. We pushed not to join in the exclusivity, but to make the vaccine available for any pharmacy.

Independent pharmacies have a long-standing tradition for being willing and able to do whatever it takes. Our mission was simple: to receive the vaccine and get it into arms as quickly as possible to turn this tide. I developed a weekly webinar series via zoom to discuss any new information with our facilities and I made a video designed to combat vaccine hesitancy. These resources were designed to give the facts and be very relatable. We shared our information and our videos with anyone who wanted to see it. The feedback was enormous.

Bangor Drug LTC was not only at the forefront, but I like to think we helped pave the way for other
pharmacies to receive vaccine allotments sooner than anticipated. We received the vaccine about 5 days after its release and we had clinics scheduled immediately. We traveled throughout the entire state using every drop we were allotted, and I am proud to say we were extremely efficient. This meant extremely long nights and early mornings, but every second was worth it. Any home or medical personnel that were qualified made sure to receive the vaccine. We specialized in those facilities or healthcare workers in underserved areas.

The pandemic has meant little sleep, lots of driving, my only workout was carrying clinic supplies, and too much convenience store food. I even received a few anti-vaxxer death threats. Despite the difficulties, I am happy to say our hard work was effective, while other parts of the country have low vaccine acceptance 40 % and below. We are proud to say we have nearly 100% for residents and a whopping greater than 80% for LTC facility employees. The uncertainty of this pandemic has been difficult for so many people, I am thrilled that I was able to have some level of positive participation in the solution.

A Power woman must embrace their power in their thoughts, their actions and their deeds. I found my power in the belief that I was doing the right thing for my patients, my family, my fellow co-workers and society. I succeed by never letting a “No” or “That is not how it works” ever, ever stop me. My advice to future power women: if you believe in something strongly there is always a way to achieve whatever you desire in life.